In a formal letter addressed to the Energy Efficiency Mortgage Initiative (EEMI) consortium, the EU Commission has recently lent an important signal of support for the collective efforts to develop a market for green finance with the potential to transform millions of buildings across Europe.

Sustainability and green lending are consistently rising on the agenda of policy makers. The letter highlights the leading role of Europe on the way to climate neutrality by investing into technological solutions, empowering citizens, and aligning action in key areas such as the building sector and finance. The EU has set out ambitious climate objectives, energy efficiency legislation and has adopted a comprehensive Action Plan on Financing Sustainable Growth. The EU Commission considers EEMI a concrete response to the policy goals of Europe to promote sustainable finance and to facilitate the clean energy transition in line with the Paris Agreement.

To achieve these goals, EEMI aims to promote and facilitate dialogue between policymakers and stakeholders from the banking, property and energy sectors. The Advisory Council is such a platform tasked with the objective to align markets and regulators and is also source of guidance to ensure coherence between the Initiative actions and the political priorities of the international community. The EU Commission is part of the Advisory Council which also includes representatives from, the European Investment Bank, the European Bank for Reconstruction and Development, the International Finance Corporation, The World Bank, UNEP Finance Initiative, the Scottish Government and Climate Bond Initiative.

The letter of support is signed by Gerassimos Thomas, Deputy Director General at DG Energy and Mario Nava, Director of Directorate B at DG Financial Stability, Financial Services & Capital Markets Union (FISMA). It has been issued ahead of the final EeMAP event which took place in April in Riga. It follows previous endorsements received from high ranking EU officials, including Vice-President Katainen at the launch of the initiative in February 2017 and from Vice-President Dombrovskis at the One Planet Summit in Paris and again, more recently, at the Riga event.

The positive endorsement from the EU legislator will be key enabler to convince the leadership of the banking sector to quickly grow the market so that energy efficient mortgages will be made available to every borrower in Europe. 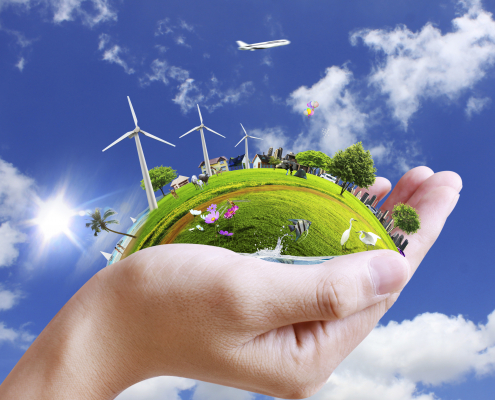