Developing technical due diligence for valuers: towards additional information for lenders

Valuers act in accordance with the instructions they receive and the requirements of their professional body. As energy efficiency is likely to present a lower risk in terms of value moving forward, it is therefore a risk factor to any loan. Under prevailing client instructions, the valuer will normally be asked to comment on some of the most common risks to value in relation to the property and its general suitability for a loan, while energy rating is not normally a specified risk. However, some lenders, believed to be a growing minority, are now asking for information in relation to energy ratings and energy efficiency if such data is available.

It is from this starting point that the EeMAP commenced. Discussions with banks, valuers and professional bodies revealed that greater clarity and standardisation of instructions to valuers, with respect to reporting on energy efficiency, will assist lending institutions to develop a clearer and more explicit understanding of the potential risks associated with properties that could be subject to value depreciation due the building’s energy characteristics.

For this to happen there is a requirement to work with all the stakeholders to establish both how the instructions could be clarified and how appropriate information could be recorded and reported back to inform lending decisions.  Earlier this year, we developed a draft checklist of information relating to building inspection and valuation which is intended to pilot as a possible extension to the instruction, inspection and reporting protocols for valuers.

The valuation checklist: an enhancement to the due diligence process

Under current due diligence processes, energy efficiency data should be collected and considered, where it is available and used for the assessment of Market Value only where comparable evidence supports it.  However, by an awareness of the potential implications of sustainability and energy in the future, the valuer should be in a position to offer pertinent advice where data is available, if so instructed.  The purpose of the draft checklist, therefore, is four fold; it is to:

Testing the checklist prior to the Pilot phase: what we hear from valuers

Given that the responses to the public consultation carried out earlier the year, whilst useful, could not give ‘fine-grained’ feedback on the checklist, semi-structured discussions with valuers operating in different EU Member States have been conducted. The discussions with valuers provided useful confirmation of previous findings but also added depth of insight as follows:

I. Instructions from clients in respect of energy efficiency.

The interviews confirmed that in general banks only required a report on the EPC – if indeed they require anything in terms of energy. Although it was reported that some valuation reports contain comments on energy efficiency related risks and benefits, many lenders, in practice, do not take account of these considerations. No valuer reported that banks ask for comments on the risks posed over the life cycle of the asset.  These opinions underscore the previously recorded findings and point to the need to engage banks as commissioning clients.

II. The use by valuers of existing guidance during their due diligence and reporting processes

The valuers interviewed work across a range of countries, it was confirmed that valuers should be reflecting energy efficiency but only if there is a discernible value attached to it. In Germany, the requirement goes further with regulatory standards already requiring valuers to reflect energy efficiency as expressed in: maintenance costs, yield, rent levels, ease to rent, etc. However, even if energy efficiency is taken into account it is difficult to extrapolate; partly as there is insufficient real data, a point that was made very strongly in relation to Italy.   The lack of data was a persistent theme with the view expressed that in some cases valuers do not even have EPC data available.

III. Views as to the draft checklist and explanatory notes

Opinions were extremely positive being described variously as “a great initiative”; “promising”; “relevant” and “a great rating tool which can help valuers”.  Whilst to most valuers, there are elements within the checklist that are not being considered currently as part of the inspection/due diligence process, it was pointed out that some elements were already matters that the valuers routinely collected and indeed reported. However, in no case were those items considered in terms of their impact on value risk, as required in the judgements in the RAG rating. In summary, whilst some of the items on the checklist would require additional information being collected – or in some cases provided by a specialist energy assessor, many items could be so collected and judgements made. This would be a useful service to the client – if they were to request it.

IV. Suggestions for improvement of the checklist

First, there was a general acknowledgement that the checklist requires extra work on clarifying the indicators and additional guidance. Second, it was regarded as quite long and containing too many questions. As a consequence, it was suggested that it should it focus on those questions that most clearly have a risk mitigation impact; be mindful that some factors are already included in the valuation. Third, it was suggested that, as many valuers now use digital reporting and input direct from their site notes, to develop the tool such that it can tie in with the digital reporting templates would better assure its take up.   This would lead to greater efficiency and reduce the requirements to ask for additional fees.

Finally, valuers were asked about barriers and constraints to adoption of a developed version of the checklist. It was acknowledged that several existed, the key issues raised were:

The interviews provided new insights, confirmed some concerns in terms of constraints in adoption that will require address but overwhelmingly provided positive support.  Summarising the feedback received, it is becoming clear that many valuers are in fact already considering energy efficiency as part of their daily valuation practice and that many of them are already collecting data and information and this predominantly through EPCs and physical inspections.

However, the interviews and previous survey also showed that there are a number of structural barriers within the mortgage lending process that should be considered and addressed by banks during the EeMAP pilot phase. 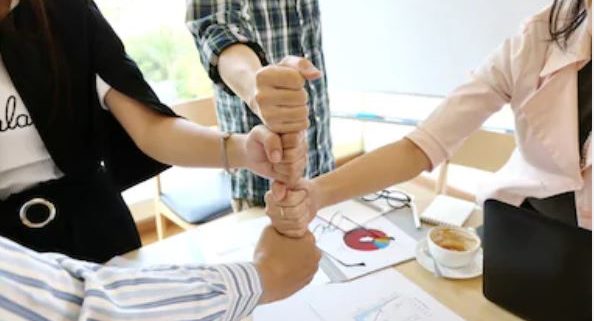